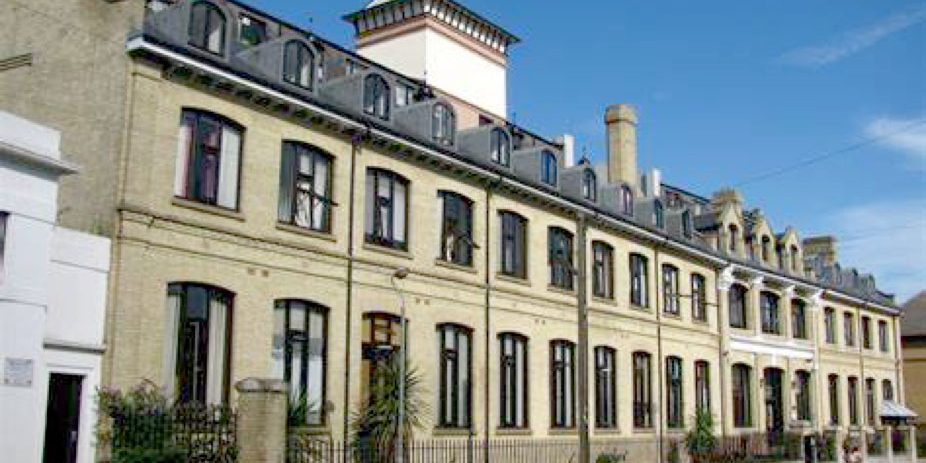 We are delighted to let you know that In October 2018, we (Oak Housing Ltd ) acquired a substantial block of 103 homes in Ipswich. The block is called Pipers Court and is made up of bedsits, 1 bed and 2 bedroom homes.

Pipers Court was originally known as Philips and Piper Christchurch Works and was built in 1851. It was built for use by a textile manufacturer and produced a range of high-quality clothing including riding wear for men, women and children. Much later in its history the factory was used to produced clothing for the military in the second world war and more recently has been associated with the movies – as the factory provided tailored clothing used in the early James Bond films.

At its peak the textile factory had no fewer than 500 staff working within it at any one time and was a significant employer in Ipswich. The textile factory closed in June 1982 after 131 years and reopened in October 1983 as a residential center. The old factory was converted into 103 modern apartments and was renamed ‘Pipers Court’. The basement, which was formerly used as staff quarters was converted into a carpark and although very small can contain up to 20 vehicles. The building has kept much of its character and charm and is a real asset to us.

Pipers court is located within walking distance from the town center shops, restaurants and public houses. The local train station is just a 15 minutes’ walk from the block itself and local bus routes are just a short walk away.

How it looked back in the day